UPDATE:
I had some issues with the 5.5W laser unit that came with this engraver, I could not get it to focus well, and it seemed to loose power over time.
So I replaced it with a 2.3W TTL unit. Most all diode lasers over 2.5W can not focus down as tight, the new 2.3W unit actually engraves much better than the old 5.5W unit.

Since I have enjoyed having a 3D Printer to create things the last year or so, I figured a Laser Engraver would be a nice addition.
There a are a ton of them coming out of China now so they have dropped in price dramatically. Especially if you buy a kit to assemble.
There are basically two main types for home use. A diode laser, which is the same technology used in high end laser pointers, and CO2 tubed lasers.
I purchased a 5.5W Diode Laser, which I think is the highest power diode type laser engraver you can get.
The CO2 lasers are usually 40W. So needless to say they are much more powerful and can do alot of actual cutting, not just engraving.
I should be able to actually cut some thin wood thats 3mm or less with mine, you can set it up to make multiple passes over the same line so it can cut down into the wood further with each pass.
The CO2 Engravers, while much more powerful, do come with some downfalls. You have to run water lines in and out of them to a ice chilled water container. This chilled water is pumped through the glass CO2 laser tube to keep it cool.
If this water pump system fails at any time, it will cook the laser. They are have alot smaller capacity than a similar priced diode laser engraver, mainly due to them being an enclosed system.

I bought my engraver of Ebay for about $450 shipped. It has a 5.5W 450nm Laser, and is capable of engraving objects 500mm x 650mm.
It is an open design, so you just sit it on a table. You could even set it on a large surface like a coffee table and engrave it.

I still have alot of testing and tuning to do on it, but so far its been fun already. I should be able to actually cut some thin wood thats 3mm or less with it,
you can set it up to make multiple passes over the same line so it can cut down into the wood further with each pass.

The software I am using is called T2Laser, and its pretty good so far. It can accept a wide variety of file formats, from black and white clipart, convert photos, and even DXF CAD files. 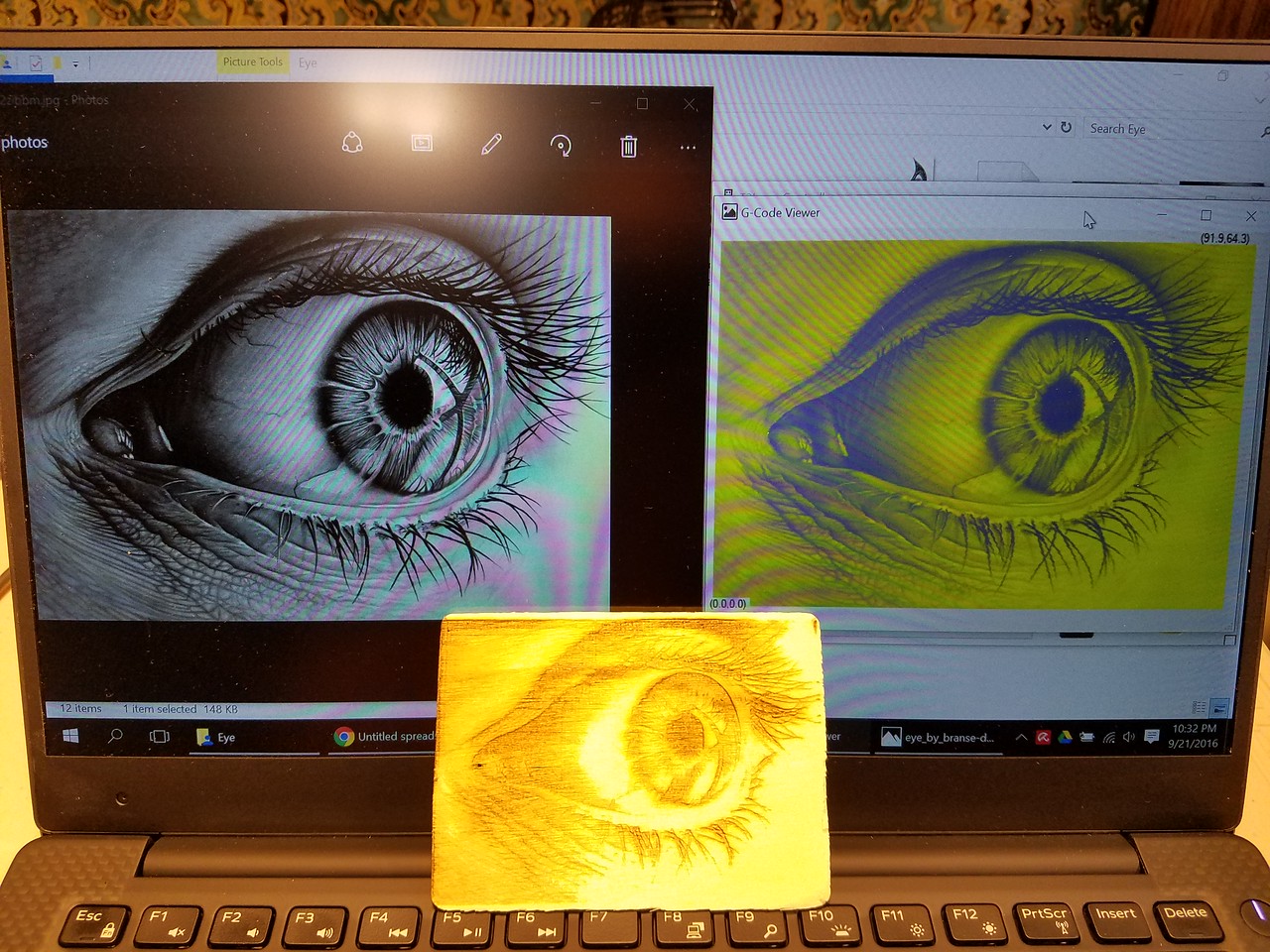 Here is what I did with only having it up and running for 3 days.

Here is my gallery of things I have made with it.
https://jtice.smugmug.com/Laser-Engraver/Laser-Engravings/

Pretty cool to see my little home factory cranking away. Laser Engraver on the left, 3D Printer on the right.